In the first part of the CRY FOR JUSTICE series, TheCable unearthed the remote and immediate causes of the deaths of three students of Queen’s College, Lagos, highlighting how years of corruption, negligence and regulatory failure sent the girls to their untimely graves. In this second part, O’FEMI KOLAWOLE digs deeper into the life and times of Lami Amodu, PhD, the principal of the school at the time of the tragedy — and what he discovers is not too pleasing to the ears and the eyes.

What on earth could have made a principal, who is a mother, act the way she did over issues of the safety and well-being of preteen teenage girls placed under her care?

Or what could have made her live in denial even after parents, old students and other stakeholders called her attention to the rot under her watch?

And what motivated her to influence the purchase of an official car worth N17 million for herself while school facilities were rotting?

These, and many other questions, are what parents, stakeholders and friends of Queen’s College, Lagos, are asking and still trying to unravel months after the deaths of Vivian Osuinyi, Bithia Itulua and Praise Sodipo between February and March 2017.

Amodu, from Ejegbo in Ankpa LGA, Kogi state, was appointed by the federal ministry of education as principal of Queen’s College in 2015.

Same year, she was one of 12 women honoured with the first ever Igala Women of Substance Merit Award at a well-attended ceremony in Abuja. The organisers proudly described Amodu as the “first northern woman to head Queen’s College” at the ceremony.

She succeeded Ekwutazia Osime, principal from 2012-2015, who retired.

Amodu made history maker, quite all right, but she ended up on the the wrong side of it with her stewardship at Queen’s College. 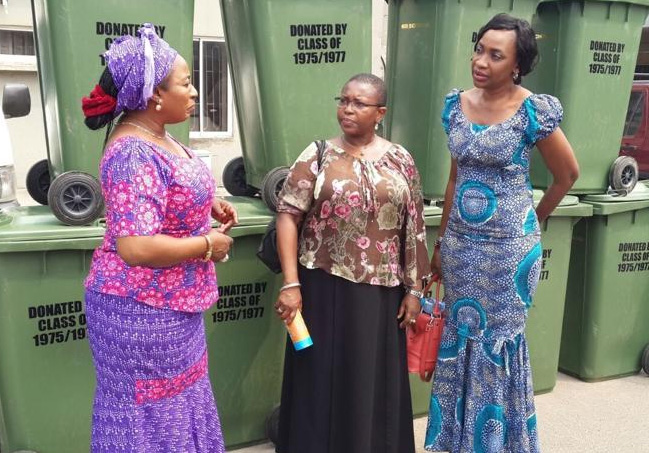 When the going was good: Old girls from 75/77 donating 15 wheeler bins to QC in January 2016. Amodu is first from left

When Amodu took over from Osime as the college principal, many parents saw her as the woman for the job, with her academic qualifications and work experience.

She was briefly executive secretary of the Universal Basic Education Commission (UBEC), appointed by President Olusegun Obasanjo in April 2007 and removed by President Umaru Musa Yar’Adua four months later. She was the first female to hold that position.

She would return to the education ministry in Abuja as director of the federal inspectorate services before her appointment as principal of Federal Government Girls College, Gboko, Benue state, and her eventual transfer to Queen’s College.

TheCable understands that she inherited a financial mess and questionable schemes, and got sucked into the system. Barely a year of arriving Queen’s College, she bought a Ford Explorer SUV valued at over N17 million. It had a customised plate number: PQC 23 — PQC meaning “Principal, Queen’s College”. Parents said they were shocked by “her narcissism”.

In the meantime, admission slots in the school, TheCable learnt, were no longer easy to come by. They had become very expensive, official payments exclusive.

Amodu ignored the warnings that the school’s water and sewage systems needed urgent attention. This was as a result of the skin, vaginal and abdominal infections which over 1,200 students of the school had reported at the school’s sickbay between January and March, 2017.

Amodu is described as a very high-handed person. During her time at Queen’s College, she was always quick to threaten the students. She was quoted as always saying “if you say anything that is happening in the school to your parents, you will be deboarded”.

A number of those who spoke to TheCable said this was her trademark.

Going by all that happened at Queen’s College, and which Amodu’s management was able to suppress, she ran a system that instilled fear in students, teachers and parents.

A number of parents who spoke with TheCable said a good leader and administrator must always take responsibility for whatever happens under his or her watch. To them, Amodu is not one.

“I have been able to relate with at least three principals at Queens College. Lami Amodu is someone who sees people who don’t toe her line as her enemy. She will never want to hear you out. At PTA meetings, when any parent says something she doesn’t like, she would quickly grab the microphone to give a response. It was always a push back. That is not how a good leader operates,” a parent told TheCable.

“As the principal, Amodu was supposed to be a mother, a teacher, a nurse, everything to those girls. But that was not who she was to them. She should be able to identify with children. She was not doing that. She can’t come out to say she occasionally ate with the students. Other good principals do that. She was a traveller and was never there for the students,” another parent added. 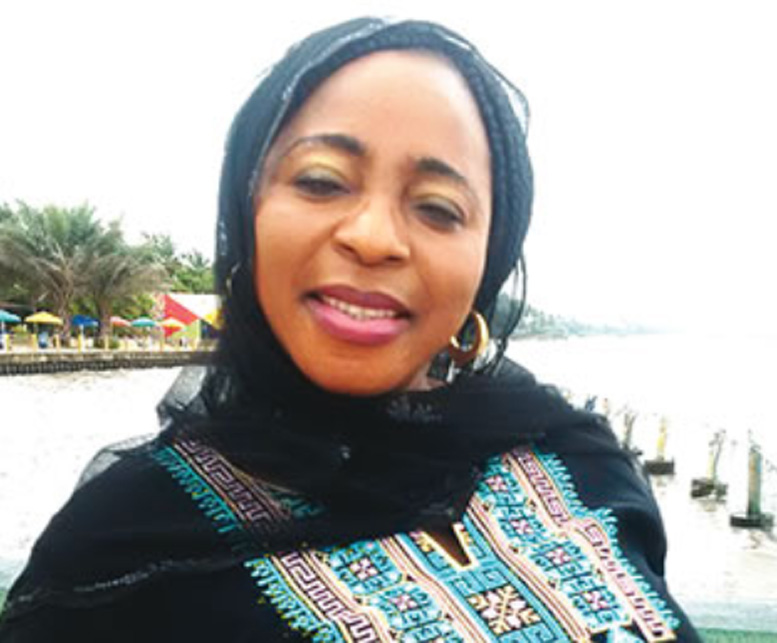 Powerful connections? Amodu was merely transferred rather than being brought to justice after the QC deaths

A LEADER WHO SHIFTS RESPONSIBILITY

In an interview with TheCable, Lawrence Otun, a commercial printer and guardian to Praise, the orphan who died as a result of the epidemic at the school, accused Amodu of refusing to accept responsibility for her errors.

“As the head of the school, I expect that she would take responsibility for all the things that went wrong under her watch but she didn’t,” he said.

“In my printing press, if a customer’s job is badly done or my staff didn’t print the job satisfactorily, I take responsibility and apologise to the owner while giving assurance that we will reprint the job. It’s after that I will get back to my staff.

“But Amodu has been giving excuses and doesn’t want to take responsibility. When she called our family after my niece’s death, she said her vice principals were the ones who didn’t brief her on what was happening because she was always travelling.”

Till date, Amodu has not visited any of the families of the deceased girls. Parents of Vivian and Bithia told TheCable that not once has Amodu made contact to commiserate with them on their loss.

Many of the parents still wonder: why would a woman who is a mother herself act this way?

A LOVER OF CONTROVERSIES

Amodu never saw eye-to-eye with many college stakeholders, especially the old girls. She felt they were becoming too meddlesome in the affairs of the school and accused them of hating her. The relationship between them was that of cat and mouse.

TheCable learnt that Amodu also left FGGC Gboko under controversial circumstances. Some of the Gboko old girls who spoke with TheCable  said she was transferred out of Gboko after a face-off with the PTA and students after a petition was written against her to the ministry of education.

They expressed surprise that instead of being returned to the headquarters of the education ministry in Abuja, she was posted to a top school in Lagos.

Meanwhile, at Queen’s College, one of those Amodu had a long-drawn battle with was Julie Mann, the vice chair of the school’s PTA during her tenure and who was critical of her leadership.

At a PTA meeting held in the school on July 23, 2016, Amodu accused Mann of “anti-college activities” for sending text messages, having meetings with parents outside the school and writing on social media “against the school”.

She informed the parents in attendance that the federal ministry of education was already aware of Mann’s activities and had sent SSS operatives to infiltrate a group of “concerned parents” which Mann led. The secret police would be attending their meetings and monitoring her activities, she said.

Amodu warned parents to desist from having anything to do with Mann. Many parents expressed shock. Some left the meeting in annoyance, TheCable was informed, surprised at how a parent like them was almost being physically attacked by the school authorities for speaking out against things she felt were going wrong in the school. 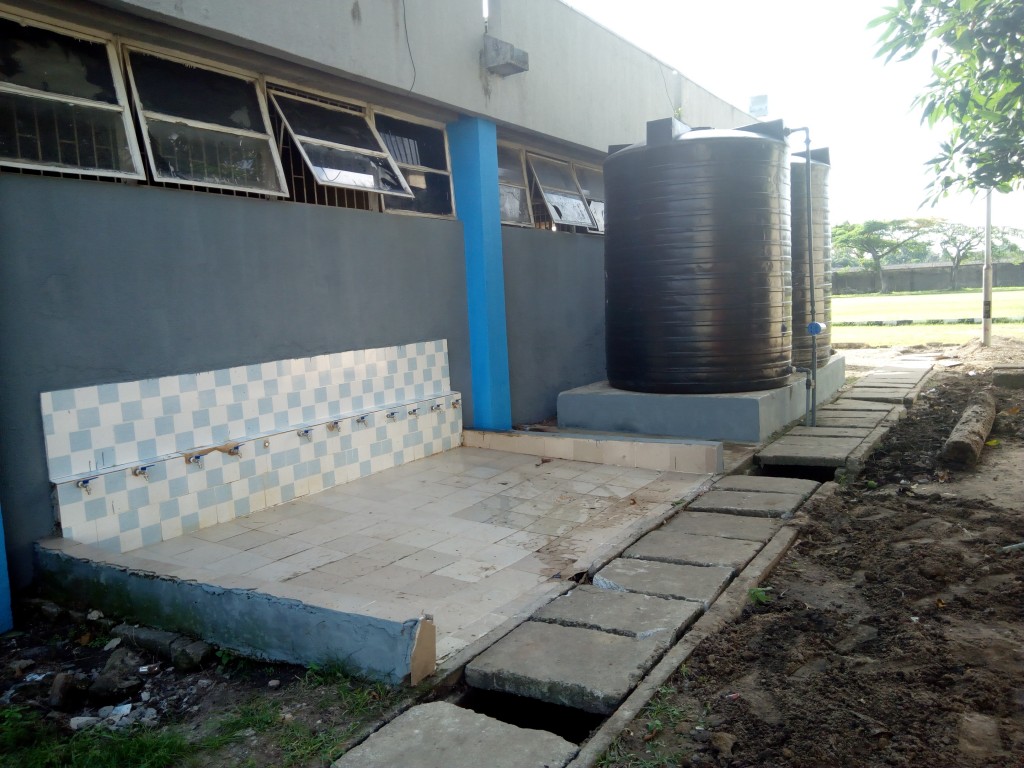 TheCable twice travelled to the Federal Science and Technical College, Uromi, Edo state, where Amodu was transferred, to get her side of the story.

On the two occasions, she was not around.

The second time, TheCable was directed to her office at the school’s administrative block. Her secretary, a lady, said the principal “is not on seat” and asked to know the mission. She then directed TheCable to the vice principal instead.

The vice principal told TheCable Amodu was away on official assignment to the ministry in Abuja.

However, one of the lecturers of the college, who spoke on the condition of anonymity, said since Amodu’s arrival there, she has been deliberately blocking people from having access to her.

He explained that even if she was around, she would not allow the reporter to see her.

While explaining that everyone in the school was aware of her Queen’s College background and the circumstances of her departure, he added that Amodu is the exact opposite of their former principal who was more open with staff and would always inform them of his movements. Other sources confirmed this.

“She has been keeping to herself since she arrived here. As a matter of fact, she is not always around. She’s been away for more than a week now. Anytime she wants to come, she will call her secretary to inform her of the week. She hardly would mention the exact day. She doesn’t want people to have access to her, even members of staff,” he said.

“When people come here to see her, most of them are blocked. I believe she doesn’t want to speak on the deaths at Queen’s College. What she’s trying to do is to allow the matter to die down because of this belief that Nigerians forget things easily.”

Ifeoma Elenitoba-Johnson, one of the QC concerned parents, in an interview with TheCable, aside lambasting Amodu, also lampooned the federal ministry of education for failing in its regulatory duties.

As the highest authority in the education sector, she insists its supervisory officials and inspectors have clearly not lived up to their responsibilities.

“Parents have given a lot of financial commitments to the ministry to meet up with a lot of activities like maintenance and infrastructure in the unity schools. Everything that has been done has been done by the Old Girls and the PTA, the same PTA comprising concerned parents that the ministry sent out a circular against. So, they haven’t even played the regulatory role,” she said.

“Children have died. They’ve not lived up to their responsibilities at all and they should be questioned. This questioning shouldn’t stop with Amodu. The directors responsible for the schools, the inspectors who were sent into the schools for the past two to four years, all of them should be brought to book. They are all responsible for the deaths of the children.”

Amodu declined an interview request from TheCable, saying civil servants are not allowed to speak to the media.

Nigerians are now watching and waiting to see if justice would be done on this case especially when the president of Nigeria’s senate, Bukola Saraki, disclosed, while receiving a delegation of Queen’s College Old Girls Association led by its president, Frances Ajose, in Abuja, that the upper legislative house would conduct a thorough investigation into the circumstances surrounding the deaths while those found culpable would be prosecuted.

The old girls had appealed that the senate save their alma mater and called for a hearing and an inquest into the death of the three girls.

Will Lami Amodu and all culpable officials of Queen’s College be brought to book? Will the deceased girls and their families get justice at the end of the day?

Editor’s Note: In the final part of the series, we will take you into the shattered worlds of the victims’ parents, and the aborted dreams of the three girls.

Catch up on the first part of the CRY FOR JUSTICE series by clicking here.